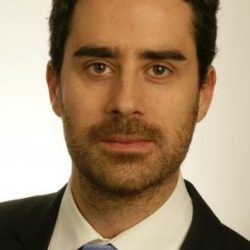 Rajai Aghabi was born in Barcelona in 1981. He earned a Bachelors degree in Physics at the Universitat Autònoma de Barcelona (UAB) and from 2005-2007 he followed a two year M.Sc [Eng] degree specialized in Wind Energy at the Danish Technical University-Risø. He holds an Executive MBA by IESE Business School. Rajai has dedicated all his professional life to wind energy. He started working in the Netherlands in 2007 as a wind energy consultant and project developer for the consultant company Ecofys, and in 2010 he started working as a Project Manager for the Zèfir Test Station at the Offshore Wind Department of the Catalonia Institute for Energy Research, IREC. In 2014 he founded EOLOS Floating Lidar Solutions, as a spin-off of a KIC InnoEnergy innovation project led by IREC, and is working as CEO of the same since.