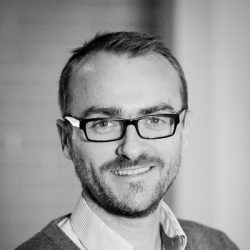 Prior to that, Pierre-Loïc started his career as a marketing research consultant at GMV Conseil Paris in 2004-2007. He took up the management of a European project related to energy education in the Brussels Energy Agency in 2008. He was then hired as a PR project & account manager by the Brussels-based PR agency PRACSIS in 2009, where he coordinated more than 60 conferences and several stakeholder relations campaigns for the European Commission services until 2016, in the fields of energy, research, agriculture, environment and climate action. His career then led him to a position of senior business manager at AUXIPRESS-the cube in 2016-2017 where he was in charge of developing European institutional business. Pierre-Loïc became an entrepreneur and founded OCTAVIUS and OCEAN Consulting (with two partners) in 2017, two consultancies providing communication agencies and decision-makers with data-based strategies and public relations services.

He holds an MBA in Marketing & Advertising from Paris School of Business 2004, a Masters in business administration from ESCG-Paris 2003 and a Bachelor in Foreign Trade from EPHEC 2000. He is a Belgian and French citizen, and has lived in Brussels, Lüneburg (D) and Paris.

Pierre-Loïc speaks fluently French, English and Dutch, with minor knowledge of German, and basic knowledge of Spanish and Italian.