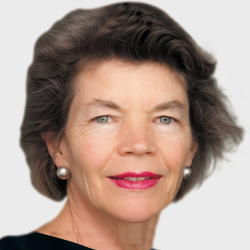 Director of Energy Policy in DG Energy (ENER) of the European Commission since 1 April 2017. She has a bachelor of science, bachelor of laws and master of public administration degrees. She has worked for the United Nations Development Programme (UNDP) in Africa, the Inter-American Development Bank in Washington, the government of Canada, and private law firms.

From September 2006- April 2009 she was director of resource management in the Commission’s Joint Research Centre; from May 2009 was in the Commission’s DG CONNECT, holding positions of director of General Affairs, director of Converged Networks and Services, director Coordination, and acting Deputy Director General and Principal Adviser. From 2013-2014 she was EU Fellow at the Weatherhead Center for International Affairs at Harvard University.